This Walled City is over 600 years old and has a rich culture and extensive history. It was in Ahmedabad where Mughal Emperors once ruled and where the “Father of the Nation,” Mahatma Gandhi, started India’s freedom movement. Ahmedabad has recently been registered as a UNESCO World Heritage Site, making it India’s first-ever world heritage city.

The urban metropolis has also officially been dubbed a “megacity,” and has become known as a world-class education hub and a booming center for IT, and our Ahmedabad studio is in the center of it all.

June 23rd  is recognized globally as International Women in Engineering Day (INWED). For the second consecutive year, we’re celebrating virtually due to COVID-19 restrictions. To salute our women #EngineeringHeroes ...

INDIA, MARCH 28, 2019 - Softvisioners celebrated together at Eurhythmic 2K19, an annual party that gathers Softvisioners from all three of our Studios in India. The event, held at Mysore Socials, was ... 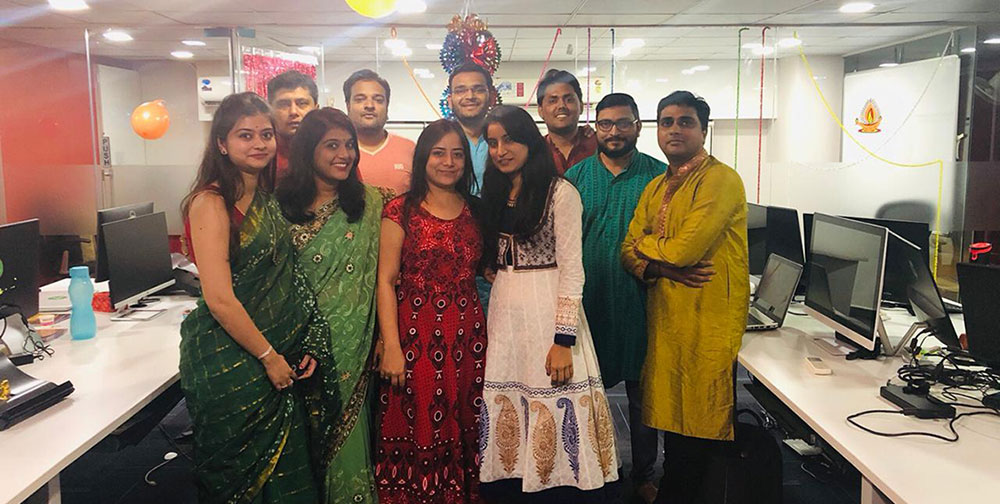 Softvisioners at our Ahmedabad Studio enjoyed celebrating Diwali with brightly colored festival decorations throughout the office. Some Softvisioners also chose to wear beautiful ethnic and traditional Indian outfits, reflecting the ...