Why Lionel Messi would make a good digital engineer

How tech can learn from the beautiful game

Sports fanatics around the globe are excited about the 2022 FIFA World Cup, set to begin Sunday, November 20 in Qatar. With the world’s biggest sporting event upon us, I thought now would be a great time to share the connection between football, mathematics, and data visualization.

As a kid who grew up playing football with friends on the playground, I always wanted to be the one who scored the goal.

But it wasn’t until a decade later, when manager Pep Guardiola deployed the innovative tiki-taka style of play at the famed Barcelona FC that I fully began to see the relationship between mathematics and cooperation on the pitch. 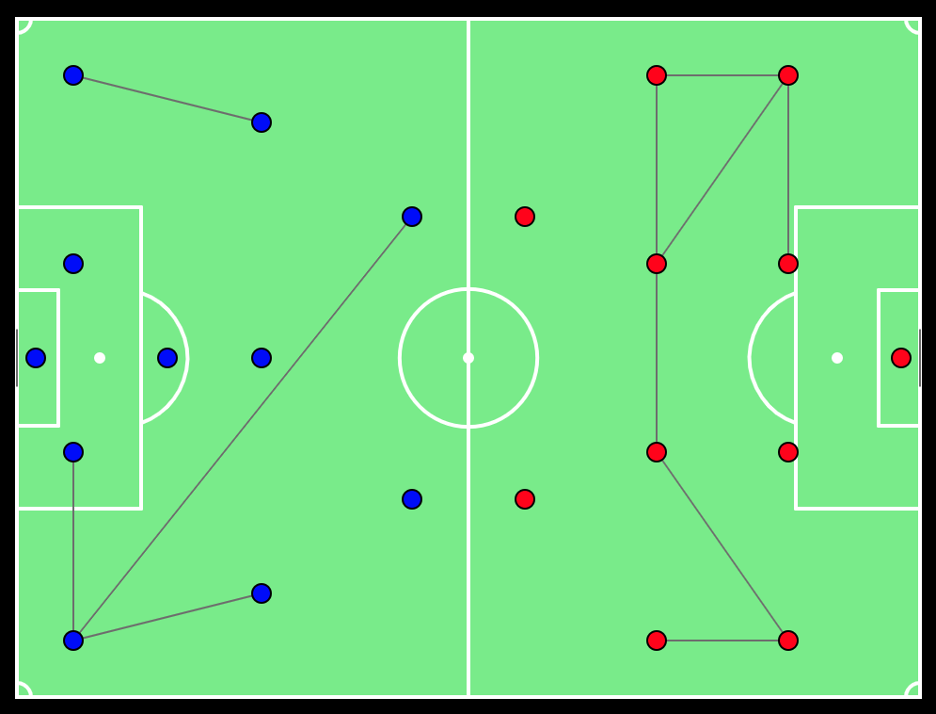 Tiki-taka is a strategy characterized by short passing, with an emphasis on high ball-possession. The revolutionary approach made stars of players like Lionel Messi and Luis Suarez, as the team went on to win two Champions League trophies and countless La Liga games in Spain. Their offense was defined by ‘cooperation winning’ over personal performance.

Using network science algorithms and a public statistical database, I focused on a football match between Barcelona and Real Madrid from La Liga’s 2017/2018 season, which Barcelona won 3-0.

What we were looking for was cooperative pairs. Teammates passing the ball to one another, frequently. If tika-taka is all about small and intermediate passes to control possession safely, then what we should expect to find are regular passes between players; the pass as a connection point between players, working together towards a win. If we highlighted the most frequent cooperation pairs on the pitch, and plotted that data using digital tools, maybe we could literally see a visual representation of the relationships that powered the win: 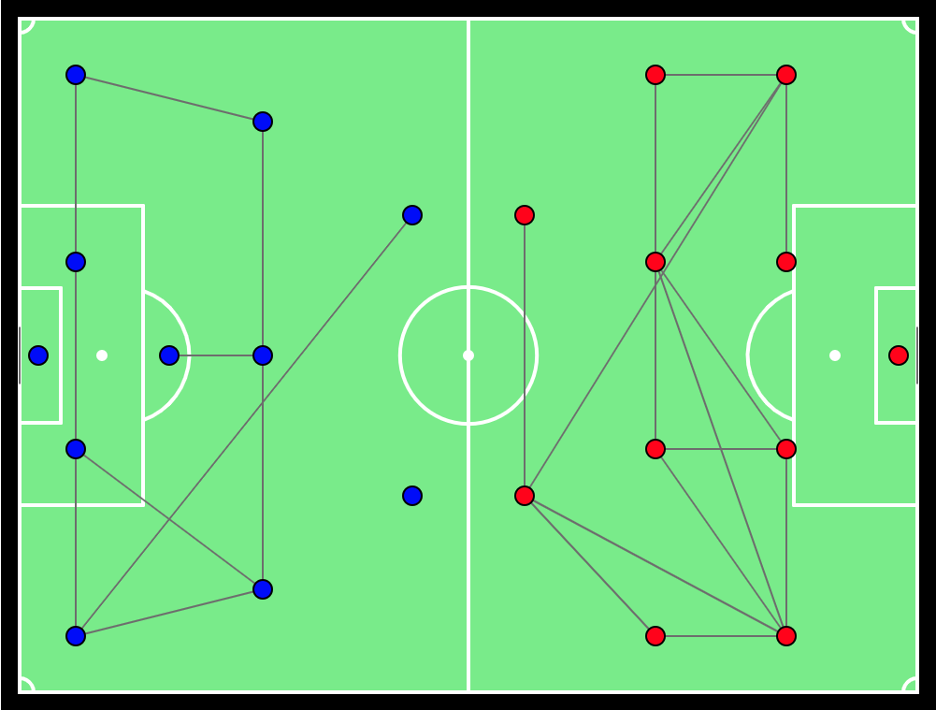 Here, we can see that the blue side (Real Madrid) often worked hard to get the ball from the center and into the corners. The most prominent passing relationships – those featured as connecting lines between dots – fed towards the wings of the pitch, as the team focused its attack on the goal from the sides.

But on the other side of the chart, the red team (Barcelona) worked with far more balance. The connections are short, and shared. Teamwork, visualized. Also of interest are the players who don’t have lines at all! The most cooperative pairs were Rakitić and Busquets for Barcelona, Koor and Marcelo for Real Madrid, not Messi, nor Cristiano Ronaldo.

Those marquee players might score the most goals, and make the most money, but the data is clear: the business of winning a soccer game requires far more than star play. Winning requires dedicated, predictable role play. The secret is in the passes that lead up to the goal. In the time of possession. In the shared lift of the load, and in the little tika-taka passes that trust the next player over to also never give the ball away.

The data suggests that while Messi might get all the credit, it’s Ivan Rakitić and Sergio Busquets that matter most to victory.

It’s been years since I first authored that paper on the fractals of tiki-taka and the power of cooperation. But I still think about the takeaways today in my role on an agile team.

Here, at Cognizant Softvision we call our teams pods. Each pod is an aligned group, built to cooperate. Our cross-functional agile teams feature scrum masters, product owners, business analysts, developers, UX/UI designers, quality engineers, and so on. They might as well be goalies, strikers, forwards, and coaches.

And we too think about success in innovative ways. We might not study fractal patterns in companies or relationships between web developers and scrum masters, but we certainly track and evaluate our speed, quality, product impact, and autonomy, with the best client success stories resulting from examples where we seamlessly collaborate and ‘share the ball.’

Winning football matches and delivering software products week in and week out require the same things: continuous adaptation, agile thinking, hard work and perhaps most importantly: cooperation to the point of innovation. Across both sports and business, it’s not the individual achievement, but the teamwork – the successful passing, consistency of roleplaying and unwavering trust – that drives both shared and personal success.

It’s funny to think that I used to fantasize about joining a team like Barcelona FC, because today in my role at Cognizant Softvision, I get to achieve some measure of that dream. As I pass an updated line of code to the team lead, who passes it along to the scrum master, who dishes it off to the client, I’m reminded of Sergio Busquets as he nods knowingly at Ivan Rakitić whenever Messi scores the goal.

As the World Cup begins, and the next generation of football heroes carve out their legacy, I wonder in what ways new versions of the tiki-taka might redefine the sport, and what lessons from that innovation might trickle their way down into our professional consciousness.