How To Test Web APIs with Perl and Cucumber

A tutorial on the world’s leading tool for BDD

Behavior-Driven Development is an agile software development process that encourages teams to use conversation and concrete examples to formalize a shared understanding of how the application should behave.

Now we can mock an API using Mojolicious lite web-framework. 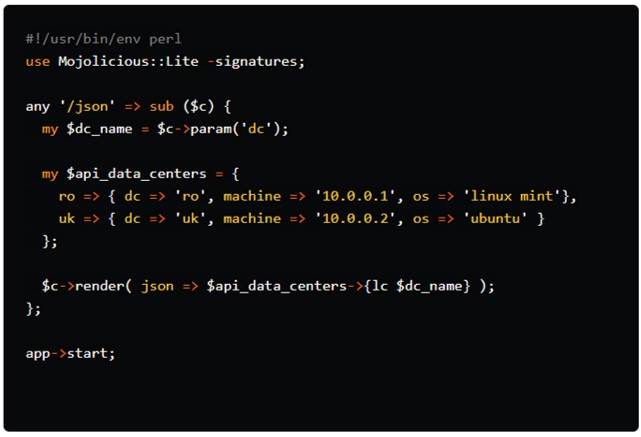 After the server is up and running we can move to the Cucumber part.

Open the test_api/features/test_api.feature and add in this snippet: 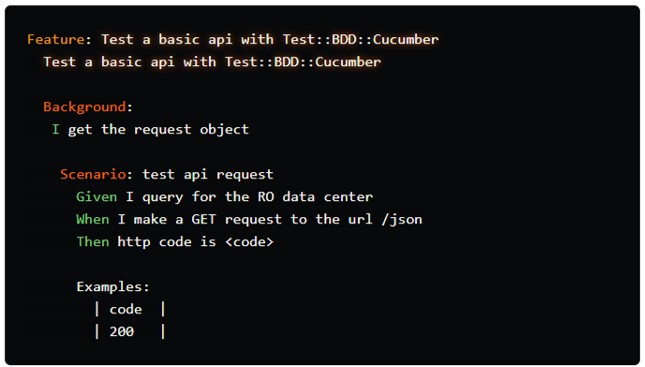 To understand the above example you need some basic knowledge about the Gherkin verbs:

Also, as you can see, variables can be added to the feature file using the Examples table.

Running carton exec -- local/bin/pherkin test_api/ will display all the scenario steps in orange. This means that code to implement them was not written yet.

Open the test_api/features/step_definitions/test_api_steps.pl and add in this code snippet: 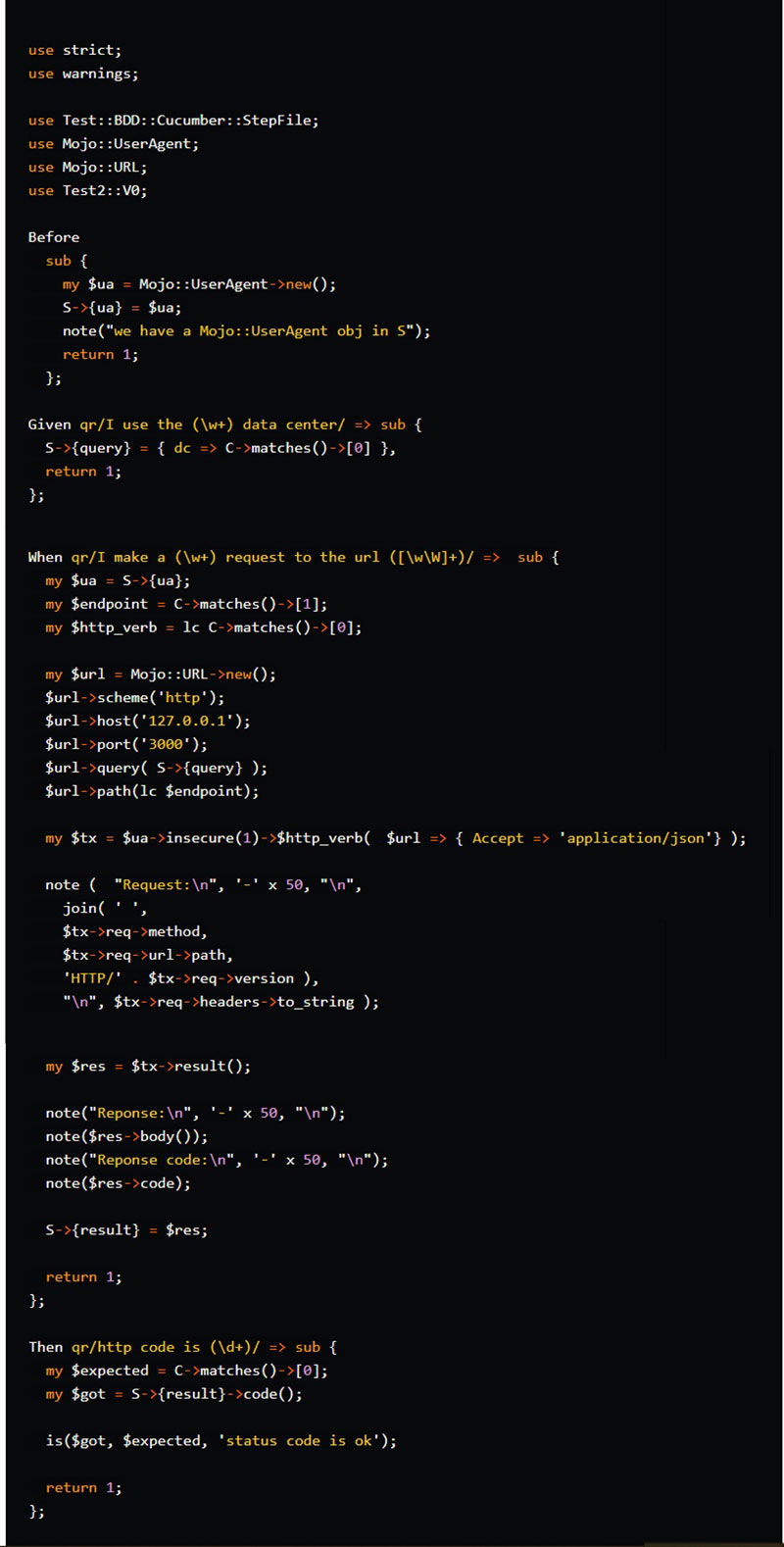 Running carton exec -- local/bin/pherkin test_api/ will display all the scenario steps in green, showing you that everything is ok.

How everything worked together:

Creating a library for common steps

If your team manages more than one API, you don’t want to have to rewrite the same tests over and over again.

Cucumber allows you to have steps libraries: 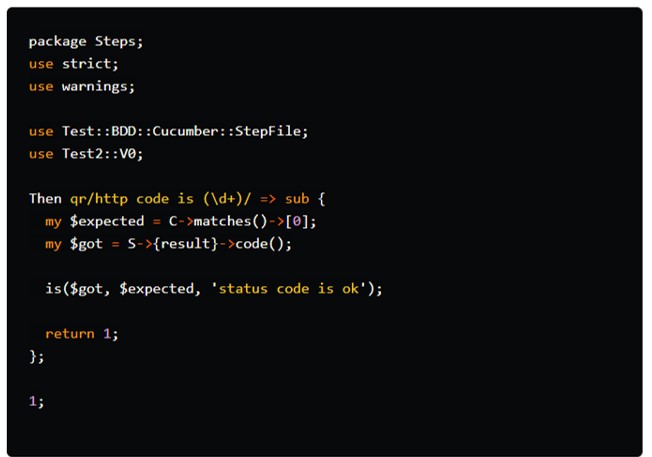 Then make sure you load the lib in test_api/features/step_definitions/test_api_steps.pl.

Running the code again should result in a pass.

If a feature has more than one scenario and you don’t want to run them all at once you can use tags: 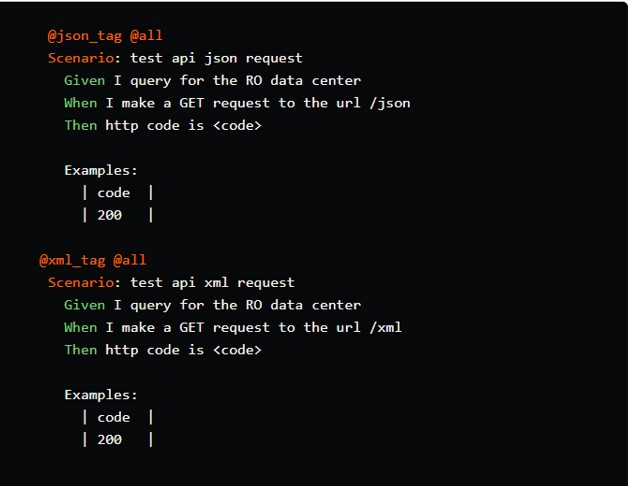 To generate an html report use this: