Volunteer Efforts Help Feed Thousands Of Children Around The World

On March 10th, a group of volunteers from Cognizant Softvision’s Atlanta studio participated in the 2022 From Hunger to Hope Mobile Pack event in Lawrenceville, Georgia. The three-day annual event, organized by Feed My Starving Children and the North Gwinnett Co-op, gathers over 600,000 meals for vulnerable children around the world.

Volunteers brought non-perishable items and helped pack meals that would be distributed across schools, orphanages, clinics and feeding programs across the globe. Several Softvisioners joined the efforts, including Steven Beteag, Software Engineer in our Atlanta studio. Steven spoke of his experience, saying that it was “great to be a part of this event.”

“Being on a team packing meals that go to feed starving children around the world is a wonderful cause. I look forward to volunteering at the event again next year. Meeting some coworkers in person was a nice bonus too, since it has been remote since I joined the company,” said Steven.

Our Atlanta Softvisioners have proudly been a part of these efforts for many years, and they were eager to gather again at the Gwinnett County Fairgrounds to lend a helping hand. We look forward to joining next year’s event to help deliver hope and break the cycle of poverty. 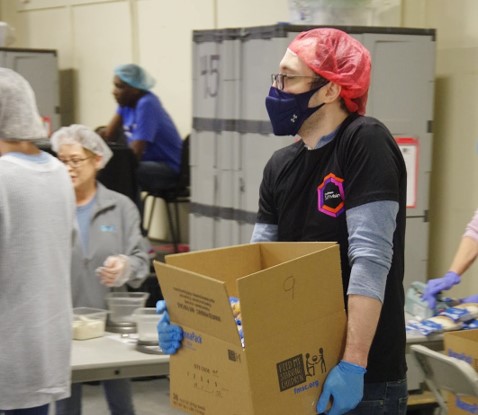 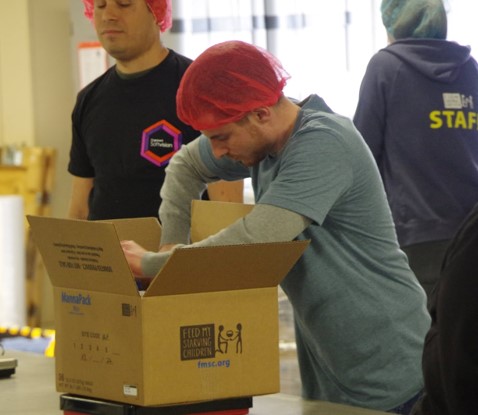 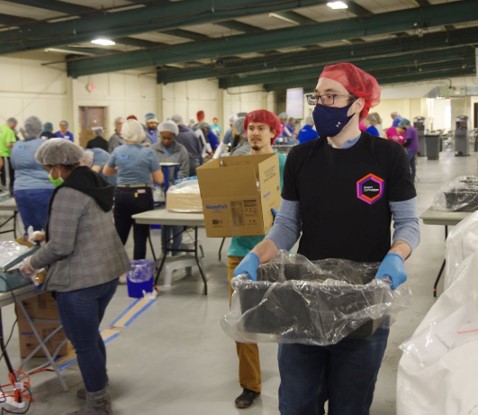