A view on testing Android apps

Automated testing in Android has become a huge trend in the last years, with many recommendations about what to test, how to test and when to test. Also, there are many tools that can help you with this, so how do we choose between Espresso, Robolectric, JUnit, etc.? This article will explain the different tools that can be used, will explain why we need both unit and integration tests and focus on the integration tests.

Tools of the Trade

Let’s start with the different types of tests that we can write. 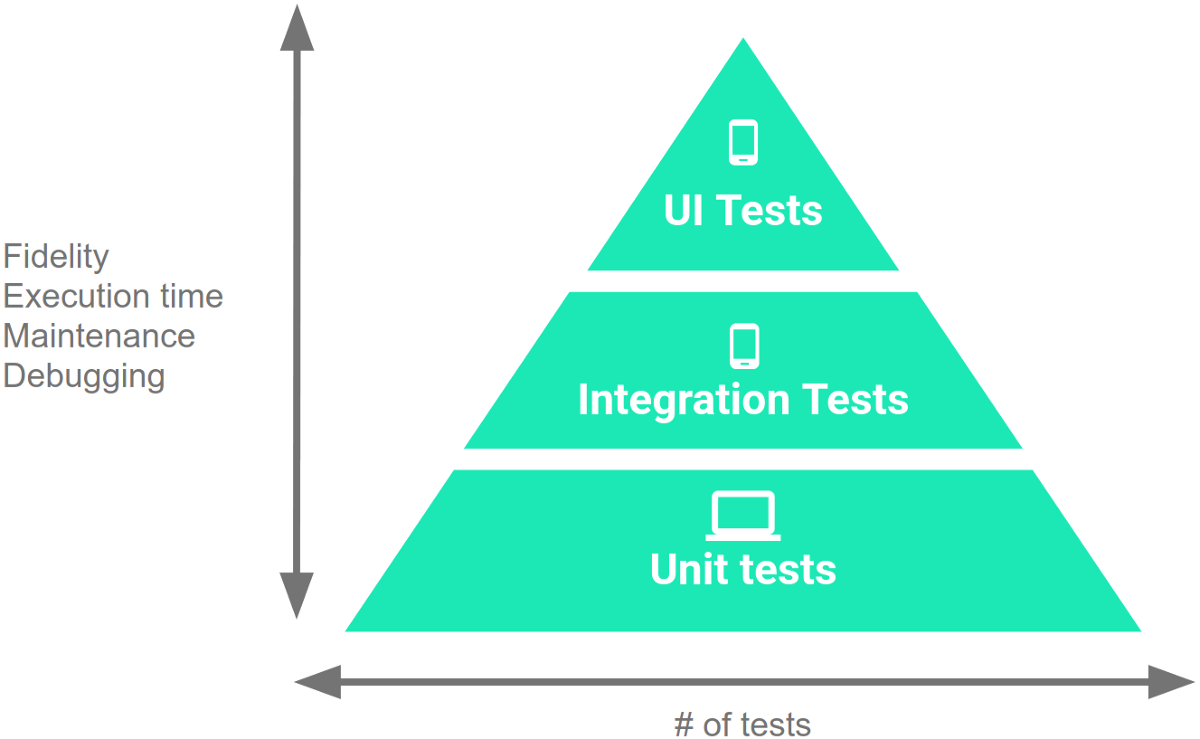 If you want to get serious about automated tests for your software there is one key concept you should know about: the test pyramid. This pyramid will give you a better idea of the different types of tests you need to write and how they differ from each other. Google recommends you to write 3 kinds of tests, small (unit tests), medium (integration tests) and large (end to end test).

I imagine that most of the people reading this are already familiar with unit testing so for the rest of this article I’ll focus more on the integration tests.

Why do we need Integration tests ?

In the ideal case you would have all your classes unit tested but we all know that in real case scenarios you probably don’t have enough time to do that. So the integrations tests can help you increase your coverage in a more efficient way. Even without a full coverage by unit tests, integration tests are useful to get more confidence in high level user stories working well.

Medium tests are integration tests that sit in between small tests and large tests. They integrate several components, and they run on emulators or real devices.

The advantage of running these tests on a real device or emulator is that it will simulate the exact same environment as the user will have. But, there is a major downside here: SPEED.

Imagine you have a very big project and you have hundreds of integration tests. Your tests might quickly take more than 30 minutes to run. Nobody wants to wait 30 minutes or more for a build to finish. The purpose of a good test suit is to find as many problems as possible as early as possible in your development cycle. That means having a large and comprehensive set of tests and running them early and often. If you have a large project with a lot of tests and they take a long time to run, you won’t run them as often and that defeats the purpose of having a good test suit.

We already established that unit tests are not enough, but the integration tests that run on a real device or emulator are too slow, so what should we do?

What we can do is use Robolectric and run the tests on our local machine. Not having to run the Android tests on an emulator greatly increases our speed of running tests.

So this improved our test speed, but we still need to load the entire Android Framework for each test so robolectric based tests are way slower then JUnit tests. Also, Robolectric is provided by a third party company so you have to wait for their implementation every time a new Android version appears. 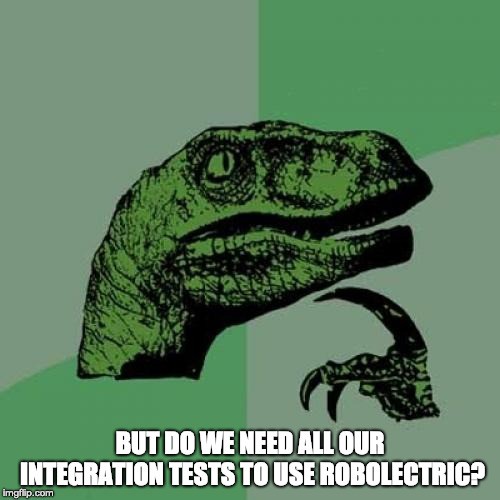 And the answer is no. Robolectric is useful when you want to do black box testing where you don’t mock the Android dependencies, but if you just want to test your code, you don’t really need it.

From their documentation:
You can still use a mocking framework along with Robolectric if you like.

So why slow down all of your integration tests with Robolectric when you only need to test the integration with the framework in some tests?

A new view of the Pyramid 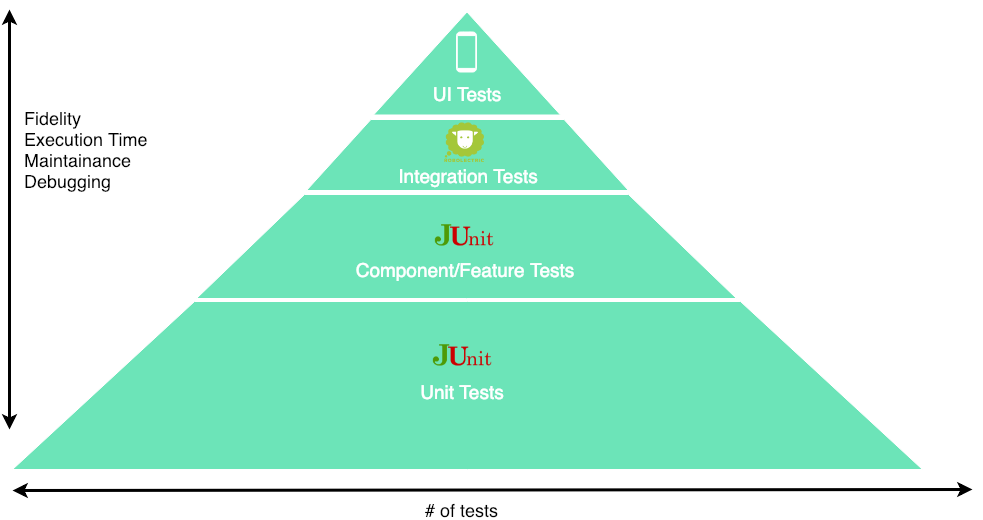 What we did here is we separated the integration tests into two layers, the Integration tests that use Robolectric, and Component/Feature tests which only test our code, with no dependencies on the framework and that can run fast and work on every build.

The bottom two layers are tests that you can easily run at every push/build. The top 2 layers can be runned periodically without blocking the development time.

If you are using OkHTTP, you could use the MockWebServer so that your integration tests check that the feature/component performed the right request with the right params. Also, this way you can mock the server response with your own Json.

Try to write code as decoupled from the Android framework as possible in order to be able to write this kind of tests.

So when one and when the other?

So here are a few guidelines about when to use one and when another.

Keep in mind that writing integration tests for all possible scenarios would be equivalent to covering all combinations of all unit test of the constituent units. This would be a huge number, so pick the most common scenarios, and write unit tests for the other cases.

Let’s say that this is the class diagram of a feature:

How would we test “Move John Snow To Winterfell”? 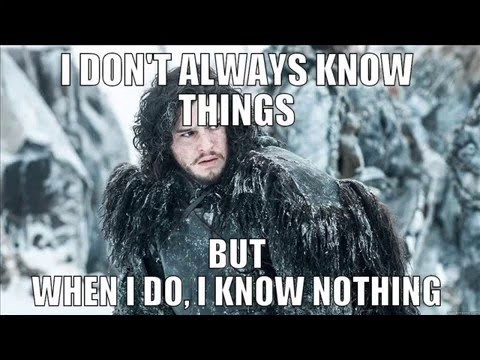 A robolectric integration test could use the mockWebServer to mock interaction with the server, perform a click on a button, and assert that the right location was saved in the database and that a certain view has become visible in the UI.

A feature test would:

At the end it would assert that:

In this feature test you could also mock the PathGenerator to force a certain path. If the logic inside JohnCharacterManager or MovementRepository is dependent on the clothes of the character and the path, mock PathGeneratorand the CharacterDresser in your feature test to test more scenarios.

Next, write an error case feature test where you override the response with an error like 404 and you assert that the location did not change, and that the repository returned the correct error.

Right from the start we see that PathGenerator and CharacterDresser are pure logic classes that might be used by multiple characters in different features. Also, our feature test did not catch all the possible locations, genders and seasons to provide a good coverage so we fully unit test them.

Let’s take a look at JohnCharacterManager. We can run the Jacoco report at this time and see that we have a good coverage for the move method so we can leave it alone. If there is a corner case where something should happen based on the path, the clothes or the location, you can write a unit test for that.

We can apply the same thought process for the HeaderGenerator. Since in our feature test we already verified that the headers are send to the server, we only need to see if there are some scenarios that are not covered and write unit tests for them.

The ApiClient and Dao already have enough coverage from the feature tests so there is no need to unit test them.

All the stuff above are just some guidelines on writing more efficient tests and you should customize what tests you write and when based on your needs.

You also wanna make sure that you don’t test the Android SDK components or other libraries that you use. Those are already tested and you should test only your integration with those components. E.g. you don’t have to test that when you save a file on disk it is actually saved. Also, testing you code is supposed to help you refactor when needed so if you test implementation details, this doesn’t help.

Due to its simplicity the essence of the test pyramid serves as a good rule of thumb when it comes to establishing your own test suite. The important thing is to remember two things from the test pyramid:

Stick to the pyramid shape to come up with a healthy, fast and maintainable test suite. If your code is not yet designed to support unit tests, it’s ok to start with the integration tests. These tests will allow you to refactor your code with more confidence and as you refactor it, you can start adding unit tests.

Given the fact that naming is hard, it’s totally okay to come up with other names for your test layers, as long as you keep it consistent within your codebase and your team’s discussions.